You are here: Home1 / mentors

When I first met Larry Starkey, he scared the bejeezus out of me.

It was the fall of 2003, and I’d just started teaching a writing course for first-semester students at Massachusetts School of Law.

I was greener than green; it was the second time in my life 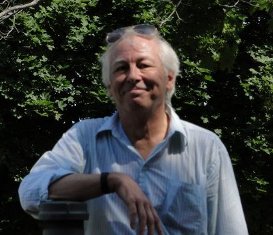 I was hired without a lick of experience (radio was the first time). The director of the writing program wasn’t too concerned with my newbie status; of course, I wasn’t privy to the insight he had about first-time teachers — we bust our asses in an effort to excel and to avoid failure.

Anyhow, Larry was a fellow writing instructor, and he was, in a word, brilliant. Not just in writing but in thinking. See, Larry was an intellectual and his intelligence awed me, and intimidated me. All of us writing profs were on the same email distribution lists, and whenever Larry responded to a message, I’d have to sit with the email for a while to make sure I “got” all that he was saying.

At first, I feared him. Then, I admired him. Finally, I befriended him. Or, I should say, he befriended me, since I was still too scared to say too much in his presence. We began our friendship through email. Then, we’d meet up for coffee in the cafeteria. Eventually, we would sit comfortably with one another in the gazebo in front of the school, shooting the shit: life, love, politics, reading, and, of course, writing.

Larry became my writing mentor. I think mentors are crucial in life no matter what you choose as your vocation. The key is finding the right one. Larry had a long and colorful writing background — he’d been newspaperman, a big-shot PR guy in NY, and a scriptwriter for General Hospital during the Luke and Laura heyday. He was a lover of history — true history, if such a thing even exists. He published the book Wilkes Booth Came to Washington in 1976. Read it. It’s good — really good. Since I’ve known him, he’s been working on another book, tentatively titled The Law, God, and Samuel Adams.

Here are some more gems I can tell you about Larry Starkey, the man and writer:

He was the humblest person I knew. And that’s the God’s honest truth. I know a lot of writers, professional and otherwise. But no one received or gave constructive criticism like he did. There was never an agenda, never a tinge of jealousy or envy or disapproval or anything like that. And he listened to everything people had to say, including me.

He read the original version of my novel Forgotten April back in 2006. At the time, the novel was called When the Lucky Ones Die, and it didn’t even come close to resembling the current book (thank God. And thanks to Larry who gave me good feedback in his kind and generous way, feedback that helped me shape the story into what it is today).

He signed all of his emails with “Pax” (Latin for “peace”).

He “adored” teaching (his word, not mine).

He was unapologetically to the left of Ted Kennedy. I remember him repeating what one of his students said on the teacher evaluations students filled out at the end of the semester: “He may be a pinko commie, but he’s our pinko commie.”

Students loved him or hated him, the latter because he wouldn’t budge on two critical components: think and write well. And the students who loved him were like me — they appreciated his gentle soul and saw him for the genius he was.

He loved his daughters.

He loved Amy, his long-time companion and love of his life.

He respected and celebrated women. He was featuring women — some well known and some little known — at the beginning of each chapter of his work-in-progress. (I had the privilege of reading some of these passages, and they were excellent.)

He was a luddite, or so he claimed, yet he’s the one who really got me thinking about self-publishing to Kindles and Nooks. I’d all but dismissed the idea of self-publishing (which, at the time, I thought was for writer wannabes), and then last July, Larry was emailing me, asking me what I thought of it, since he had three (!) novels he’d written over the years and thought he’d sell them on Amazon for a buck each. This was before Amanda Hocking went viral and before Joe Konrath got in everyone’s face about self-publishing.

He had a light touch; he could write the most mind-bending emails but never once did he ever come across as arrogant or pedantic. His brain was just wired different, that’s all, using more of its capacity than most of our noggins combined.

He didn’t care about making money from his writing. I’m not entirely convinced he cared all that much about having tons of readers, either. He simply loved to write and to learn. And he never stopped.

He was 69 and still teaching when he was diagnosed with cancer a little over three weeks ago (he was, and always had been, a heavy, heavy smoker).

He died on Easter Sunday, which is oddly appropriate and morbidly funny, trust me, considering the talks we’d have about religion (he was a man of science, but never once mocked me or my faith).

I left Mass School of Law in 2006, and since then, Larry and I would go through bouts of diligent email correspondence, with promises to get together and drink, but, as it is for so many of us, life happened, and we never got together for that tumbler of Jack Daniels. I emailed him back in January of this year to check in and say “hey” but never heard back. I chalked it up to the busyness of the new semester. And then I, too, got busy.

I emailed him two weeks ago after his email account started sending out spammy links (as Yahoo accounts are known to do).

In the wee hours of Monday morning, the day after Easter, I got another one of those emails from his account. Unbeknownst to me, he’d already died.

People who know me well know that I save emails. All of them, no matter how trivial. I’ve spent the last few days going through his and was disturbed by these two prescient comments in his last email to me, back in August:

Life is so fragile, for every living thing, but there seems to be no longevity correlation between lives that touch other lives and lives that do not.

He was, interestingly enough, talking about one of his dear cats, a cat that had used up most of its nine lives, but a cat that Amy — his beloved — had grown quite attached to. He didn’t want to see Amy lose the cat she loved so much.

He ended his last email to me (seven months ago and long before he was diagnosed) like this:

Dear friend, I am 68 years old. I don’t want to die before finishing my fucking book, but after that I truly won’t much care. I’ve hit the age when death becomes the end of the cycle. But that’s not true for this little baby cat who is so important to Amy. God can take me, if there is a God, and that at least makes a certain logical sense. Snatch away a little guy who is immensely important to someone who has lost much, however, and either there is no God or he/she is truly a venal bastard.

No need to respond, ole pal. The notion that “life sucks, and then you die,” works for me. I just get royally pissed off when it happens to people I love.

Yes, my friend. I agree.

I will miss you.